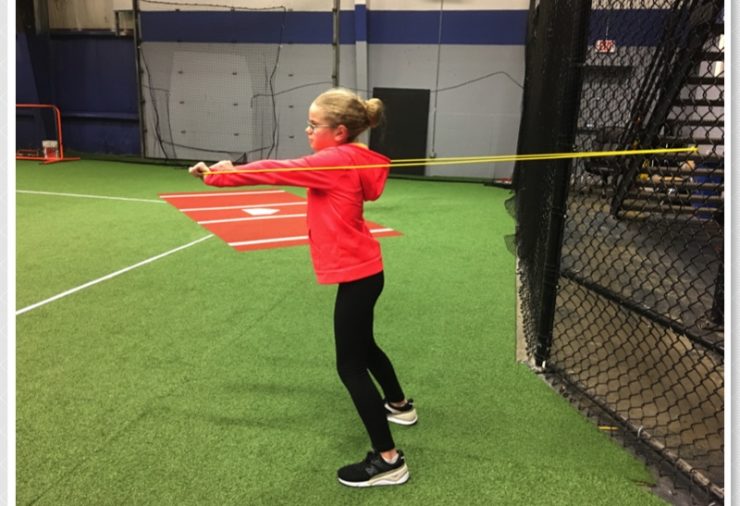 Cable or Band Chest Press A Chest Press using a band or cable is a safe, functional, and versatile exercise to develop strength and power for pushing motions used in sports. Because Band and Cable Chest Press are performed from a standing position, more core and stabilizing muscles are required to execute the movement, resulting in more functionality than machines or other chest exercises performed from a supine (lying on the back) position. Cable and Band Chest Press also allow for free, unhindered movement at elbow, wrist, and shoulder joints, which results in healthy, stable joints—and is safer than relying on barbells and machines. Cable and Band Chest press also encourage the scapula to move freely, rather than pinning shoulder blades against a bench. 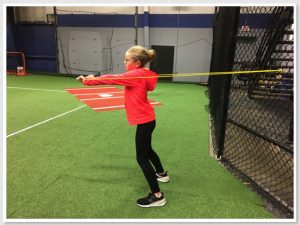